Feel free to download any of the following studies, or search for more information online. 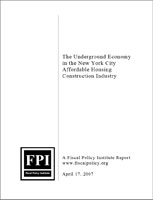 This Fiscal Policy Institute study reveals that most affordable housing is built in an underground economy; one in which workers earn low wages and few benefits, and real costs are evaded by builders and shifted to workers, other employers and taxpayers. According to the study, fully two-thirds of affordable housing construction takes place in the underground economy. Download >> 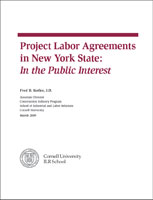 This report reviews the background and legal standards for the appropriate use of Project Labor Agreements (PLAs) on public works projects in New York City and New York State. It details what PLAs do, how they have been used, and the benefits they offer—benefits that extend to workforce and economic development. Download >> 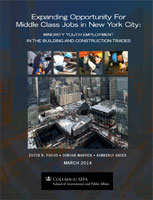 Just weeks after President Barack Obama announced the creation of “My Brother’s Keeper,” an initiative aimed at increasing job training opportunities for young black and Latino men, a study was released by Columbia University’s School of International and Public Affairs. It found that the Edward J. Malloy Initiative for Construction Skills, an innovative workforce development model for students in New York’s career and technical high schools, has been succeeding in placing minority youth in middle-class careers in the construction industry. Download >>